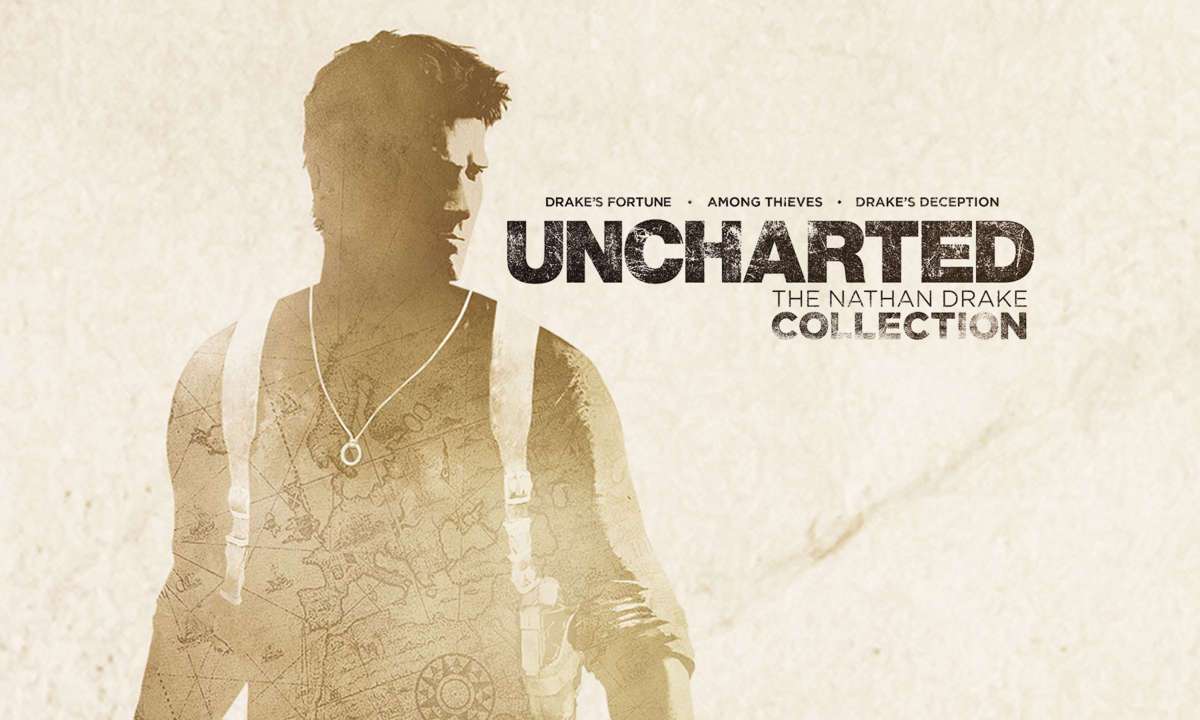 During the late 2000s and most of the 2010s I was the owner of an Xbox 360. I think my main reasoning behind choosing that system was that all my friends had one, so if I wanted to play with them, that would be the console.

Before I had chosen a 360 I was scouring through games that looked interesting to me and I remember one catching my eye. I remember going into game stores and continually picking up one box and reading and re-reading the back cover.

That game was Uncharted 2: Among Thieves. I knew nothing about the series at that part of my life, but I was already hooked. I mean, it looked like a modern Indiana Jones game. Anyone who knows me knows I love Tomb Raider, so another treasure-hunting simulator would be right up my street.

But alas, when I finally picked up an Xbox I realised that Uncharted was a PlayStation  exclusive title, therefore I couldn’t play it (and I was not the position to buy a separate console). So Uncharted moved to the back of my mind until I picked up a PlayStation 4 in mid-2018.

With Uncharted being one of Sony’s premiere exclusives, the first three games were given a quick polish and sent out as a boxset to customers. I quickly bought the collection and settled down for some classic shooting/platforming fun. I mean, these games were beloved, how could they be anything more than excellent?

I felt very confused while playing Uncharted 1. Here was this game, lauded as inspirational and influential in its design and gameplay…yet all I could think was single sight plains, flat geometry, and tedious whack-a-mole gameplay.

I died many times just to try and speed up the process; it felt like my life was ebbing away from me as I continued to play. The only time when it livened up for me was when the Nazi Mutants appeared, changing gameplay into a more run-and-gun affair. This was on normal/moderate difficulty setting (because ‘normal’, as the word suggests, would be the standard way to play the game), yet it was like pulling teeth.

I rationalised my thoughts by thinking, ‘Maybe this was standard for 2007.” However, 2007 also gave us Assassin’s Creed (genre-defining), Bioshock (narrative behemoth), CoD4 and Halo 3 (game-changers). Even Tomb Raider Anniversary, much maligned by its own fanbase, felt fluid and fast, the complete opposite of UC1.

So maybe this was just a blueprint game, one that would get better with subsequent titles.

I put those bad feelings aside as I booted up Uncharted 2: Among Thieves. This one was going to be good. It is generally accepted as the best game in the series.

Hhhmm, how to put this…Uncharted 2 made me want to stop playing games.

There have been times where I have played games I haven’t enjoyed. There have been games I’ve actively disliked. But never have I played a game that has made me waver in my love of the medium.

Most of my complaints for UC1 were back, but tenfold. Long flat corridors or arenas, plinking away from behind cover with ineffective weapons, I could feel that draining sensation again.

The gunplay was serviceable, but it was nothing compared to the climbing. In most platforming sections, Uncharted 2 switches to a cinematic camera. I’m all for the cinematic approach to games, especially when it heightens the gameplay.

I hated Uncharted 2 from the very first sequence because of that bloody camera. Climbing up the train cars is a moment most gamers found thrilling, but because of the camera switches I couldn’t even figure out where to go.

The angles would throw off my depth perception, making me push forward and die when I should have been pushing sideways. Dying over and over again two minutes in because the game is giving you insufficient information will drive anyone to anger.

Even the introduction of Chloe Frazer hardly tempered my loathing. Just like UC1, the game picked up during the final stretch at the monastery, mainly due to the excellent level design and geometry, and the inclusion of the Nazi Mutants again.

As I booted up Uncharted 3: Drake’s Deception, I was worried. Was this third entry going to be more of the same? What was wrong with me? Was I playing the game wrong?

I knew I liked third-person shooters; I’ve spent unknown hours with several 007 games, I love all of Remedy Entertainment’s work, Spec Ops: The Line is my favourite game of all time. Even at the same time of playing UC2 I played The Order: 1886, Ready at Dawn’s Victorian-steampunk shooter PS4 launch title. I loved that game and still hope to see a sequel some day.

So, I started Uncharted 3…and a new feeling came over me. I was having fun. Good-hearted, honest fun. I thought there had to be a catch, but none came. It was a blast.

The fights and shootouts in London, the rooftop chases in Colombia and Yemen, the attack on the citadel in Syria, the shipyard/sunken cruiser (with a beautiful cinematic camera, this time not obscuring the way to go), the cargo plane…repeat, THE CARGO PLANE, the horse ride into the desert, then finishing off once more with an ancient city crumbling to dust, I loved it from start to finish.

Upon finishing UC3 I had a lull in my games at the time, so I went back to the first two games and cranked up the difficulty to Crushing. I had nothing to lose if I didn’t enjoy it, but I adored every second.

I don’t know what came over me, but it was like experiencing the game for the first time again, but this time being the game that everyone told me it was. Even in Uncharted 2, it seemed all the levels I had hated had switched positions, making the final push towards the monastery even better.

Uncharted 4 follows in UC3’s stellar footsteps. I’ve always liked when Nathan has had someone to bounce off like Charlie or Chloe, and Sam is a great addition to the narrative. Throw in some excellent set pieces and locations and delving into the married life of Elena and Nathan (something seldom seen in games), I think this one might be my favourite one.

So what changed? Well, obviously the graphics and design became better and more intricate as subsequent games were made, but what about that turnaround for UC1 and UC2?

As I said previously, I’ve played my fair share of third-person shooters, but I wasn’t exactly raised on them in same way I was raised on racing games or Tomb Raider. Looking back at my favourite TPSes, most come from the PS2 or 360 generations. I haven’t played a straight, linear shooter since Spec Ops, because they aren’t really made as much any more.

Sure, there are shooting games galore, but not many single player shooter games. Even Amy Hennig said they are “…a harder and harder proposition.” (Takahashi, D. 2019). The closest I could think of besides The Order: 1886 was Ghost Recon: Wildlands, which is another open-world extravaganza from Ubisoft.

That might be the reason. It is enthralling to see a gameplay or mechanic that hasn’t been felt in over a decade, to see a simple beginning-middle-end structure with some shooty bits in the middle. I know, what a concept!

But that sounds offensive, ‘I only liked your game because I had nothing else to play,’ that is definitely not the case. I must come clean and say the problem was probably me.

I just needed time. I came to Uncharted with my own ideas on what it would be and my own biases. I wasn’t on the game’s wavelength, and I found it increasingly hard to get a handle on.

It may have taken a few games to get me to understand, but I get it now.

I’ll treasure the experiences, both good and bad. 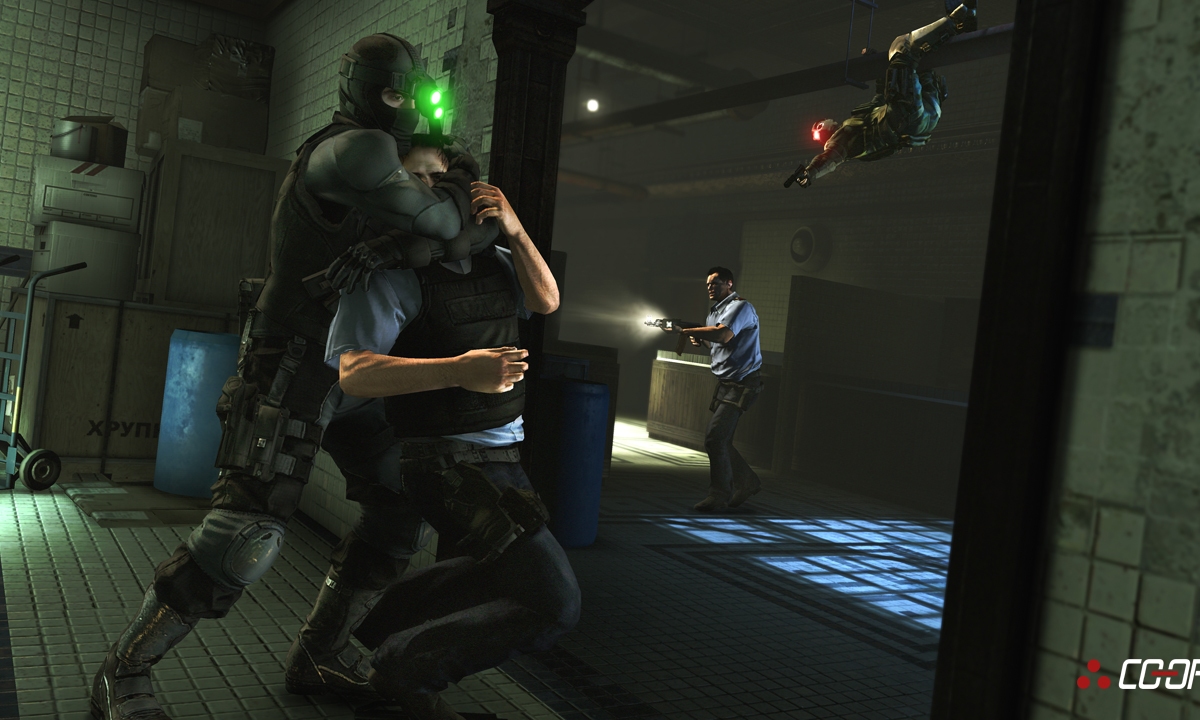