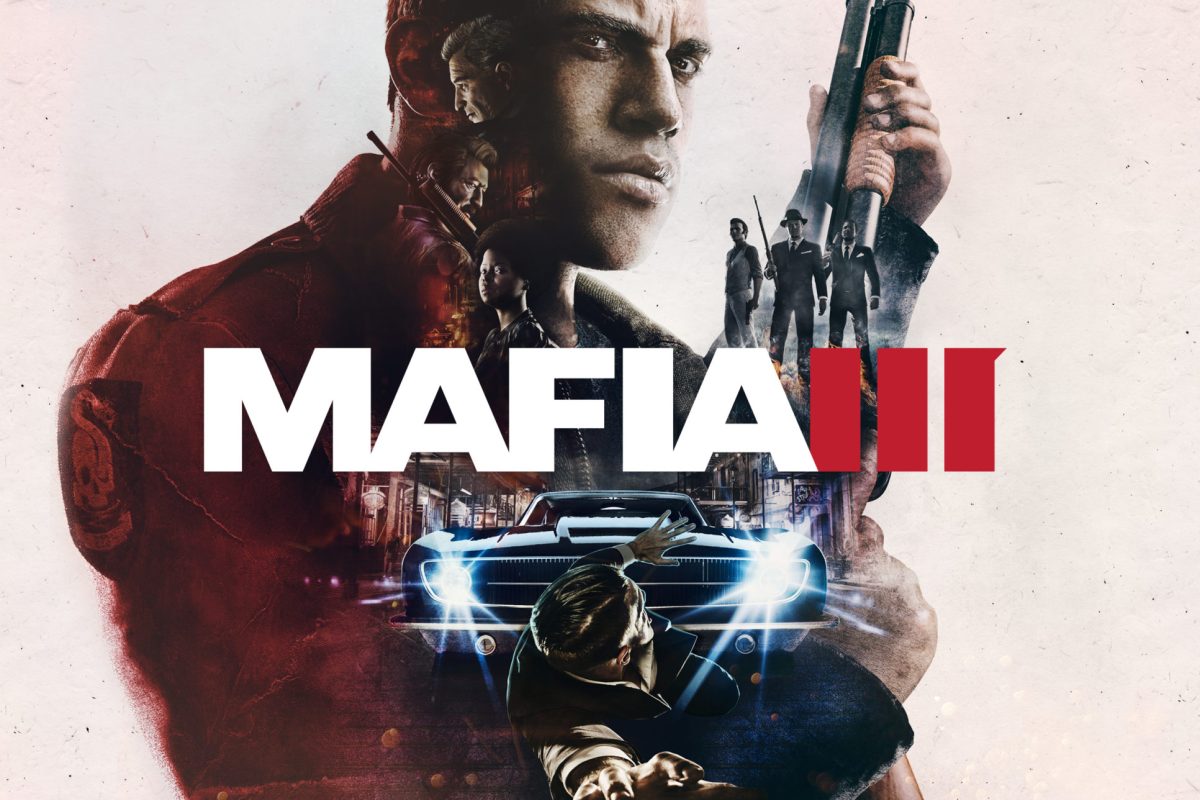 I recently finished Mafia 3 after a good few months playing it. It was one of the first games I got when I upgraded to the newest console generation and I was pretty much playing it non-stop, leaving other newer games by the wayside just to come back to this one again and again.

And after finishing the game I’m certain this will be among my favourite games I will play on this system.

Not since Remember Me has a whole game caught with me rather than just one or two good parts of it. So I thought a little breakdown about the points that hooked me into staying in New Bordeaux for much longer than I would ever imagine…

The story is the high point of the game. Telling the story of bi-racial orphan and Vietnam veteran Lincoln Clay, the narrative is told in a documentary flashback format. Characters tell their story in interview format, evoking recent films like Precinct Seven Five.

This feeds into the linear game structure, as we are being told a story (much like the previous Mafia games) which helps keep the pace up which can sometimes suffer in a game where you can go anywhere, anytime.

Despite having this linear structure the multiple endings all fit the character depending on the player’s reading of Lincoln.

I was surprised we didn’t start in Vietnam, similar to Mafia 2 starting in WW2 Italy, but that added to the characters, leaving us open to interpret Lincoln actions in Vietnam from his and comrade Donavan’s stories.

The story is beautifully realised with several standout characters. We have the three main bosses, Burke, Cassandra, and Vito, each with their own unique quirks. Vito is especially interesting, it’s fun to see a once playable character from the other side (again), where his simple layers in Mafia 2 (due to being a playable character) become a lot greyer with age and antagonism.

The second-in-commands too are well defined and have some interesting layers to them, making them more than cardboard cut outs that sometimes arrive with games as big as this. Emmanuel, the once refugee-saver reduced to dope peddling, Alma, the businesswoman not afraid to use female charms for her own gain, and Nicki, a woman struggling with her sexuality in a time and place that does not care for it, they all add something to the game, all through optional dialogue (which I am a big fan of ever since I first encountered it in PoP 2008).

But highest praise must go to Alex Hernandez for his portrayal of Lincoln Clay. Convincingly switching from cocky and confident to anger, sadness, joviality and eventually blood-driven when the time comes, he is truly an asset to the game.

One of the main criticisms of Mafia 3 is its mission structure. Very much like the first Assassin’s Creed, the game centers itself around taking down members of the Marcano crime family one district at a time.

Once you talk to a contact in the district you have several tasks dealt out to you, but these always follow the same path; kill some people, interrogate a member of the crime family or destroy their shipments. Once done then you can take over the rackets in that area before going after the main controller of the area.

This is just going to be one of those cases where I find enjoyment that others don’t. I think it might be because I really enjoyed the driving and combat (more on the latter next) so I had fun being given new scenarios lasting a few minutes to make my way through.

Hangar 13 said their approach to the missions, at least side missions, was “Lincoln doesn’t go fishing”. Essentially, this means the mission must make sense for the character to do (why does psychopathic murderer Michael De Santa do yoga in GTAV?). This feeds back into the story, again, keeping the pace and flow up rather than bogging the game down.

The Marcano capo missions are fun due to their added story and setting with each one being a completely unique situation; a shootout on a sinking steamboat, sneaking into a swanky whites-only party, breaking up a KKK-inspired cross burning, the list goes on and on (all involving excellent and period-fitting musical accompaniment such as the Rolling Stones, Del Shannon, and Janis Joplin).

While most devolve into shootouts the combat is so fun I never got bored. Speaking of which…

I can’t actually remember how long it’s been to have a combat system this satisfying, but it was probably at least back on the PS2 (I’m going to have a wild guess and say 007: Everything Or Nothing).

It’s your standard shooting, melee, and stealth tri-factor, but each one is done so well.

The gunplay feels responsive and sounds meaty, with a vast array of weapons to choose from.

At the start I was on-the-fly, picking up weapons due to limited ammo. Then I specialized in a sawn-off shotgun and sniper for both range advantages, before coming round to silenced pistol and assault weapons for an action/stealth combination. This is a perfect distillation of Hangar 13’s motto, “Every player’s story is unique”, and can be seen in the multiple approaches to combat as well as hidden pathways through the missions.

The animations in combat as well are a nice detail. With lovely smooth transitions from running (where Lincoln holds the gun one handed), to ADS, to the short sidestep after coming out of sights, the little points make the game feel rich and loved by the creators.

While the melee can become stale after the fiftieth whistle-come-stab, it does have moments of intense fun especially with the running takedowns. Only in a handful of games have I audibly “oohhhed” at the brutality I’ve dished out on NPCs (Sleeping Dogs is probably the main one), and Mafia 3’s American Football-style takedowns are poetry in motion.

You can choose between lethal and non-lethal attack as well. Even if the change is hidden in the pause menu rather than switching in gameplay it’s nice that you at least have the option. Especially since most games just give you “kill” as a catch-all for their combat.

The world of New Bordeaux is a lovely city to drive around in. The cars seem more arcade-y than the previous Mafia games (there is an option of a Simulation mode for purists in the option menu). Lincoln’s signature vehicle is a classic, wheel spinning, fire spitting, drifting muscle car, and sliding across three lanes of traffic or 180 hand brake turns are easy to pull off and create that sense of spectacle and wonder we want from games.

As usual in Mafia games the setting is an approximation of a real city (this one being New Orleans), but has enough of its own style to stand out rather than feel like a copy/paste of Google Maps. The South has been the setting before in games, with indie hits like Virginia being in, well…Virginia, Telltale’s The Walking Dead Season 1 in Georgia, GTA: Vice City in Vice City (a version of Miami) and Left 4 Dead 2 in a swathe of southern states.

I would say only the latter two come close to creating a sense of place as good as New Bordeaux with Vice City also having Haitian and Cuban influences (but better at creating a sense of time rather than place) and L4D2 having a wide range of locales like Mafia 3 (but most feeling more like shells rather than a fleshed-out world). Mafia 3 is the first one that actually feels like a living place with countless indoor locations, pedestrians, and drivers.

Talking of the variety of locations, Mafia 3 has a selection to rival most other open world games. With settings such as the bayou, junkyards, quarries, downtown areas, and its own version to the French Quarter, the city has a tremendous scope of backgrounds for Lincoln to dish out punishment on the Italian mob.

And despite having these completely distinct sections the map, New Bordeaux doesn’t feel disjointed when moving from neighbourhood to neighbourhood, which has happened within other open world titles focusing on rising criminal empires.

The interesting part about my time with Mafia 3 is I was completely sick of open world games when I started. I was sick of the endless stream of side missions, the “revealing” of the world through climbing towers, the largely meandering story that can sometimes come with having a sandbox as big as it can be.

I had been wanting a more refined experience and Mafia 3 delivered. That’s what sets it apart from its contemporaries; GTA has the bustling modern metropolis filled to the brim, AC has the historical fiction,  Fallout has the nuclear dys/utopia, and The Witcher/Skyrim have the magical fantasy. The Mafia series works because it has a focused central story that fires straight as an arrow carving out its niche in the market.

And that niche made me adore Mafia 3. Add in a cracking sense of time and history, as well as vivid locations and brutal, satisfying combat sections, Mafia 3 is a gem in my game library.