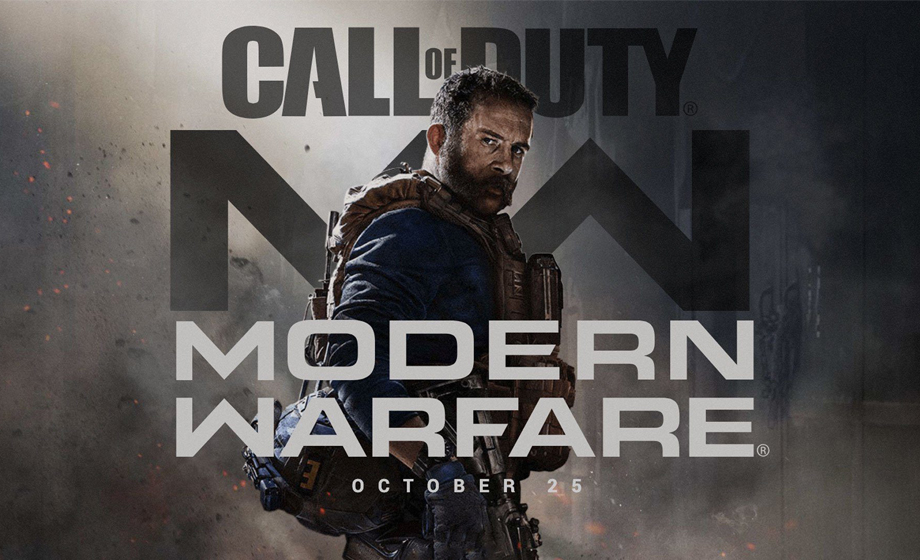 I was rather excited when I picked up Call Of Duty: Modern Warfare (2019) on opening day. It has been nearly a decade since Modern Warfare 3 came out, and I was interested to see what this supposed reboot would bring to the table.

After Modern Warfare 3, Call of Duty kept pushing and pushing further into science fiction, with 2017’s WWII as the outlier by being set during, well…World War 2.

Then the series jumped forward again the following year and ditched single player in Black Ops 4. So with a return to both single player and the setting that made Call of Duty the household name it is, I was looking forward to it.

I wasn’t the only one. At the time of writing the reveal trailer for Modern Warfare sits at over thirty-three million views, with a 99.7% positive like-bar. That is phenomenal. The game has received generally favourable reviews, despite some controversy over rewriting history about locations and atrocities mentioned in-game.

I’ll be going on a whistle-stop tour of everything I felt during the campaign, so there will be some spoilers. It is less of a review and more of an impression. Enjoy!

“Let’s Do Dis!” – A Look At The New Modern Warfare

Modern Warfare was a sensation back in 2007. While games set in a modern conflict had existed before then, nothing had really grabbed hold of the zeitgeist aside from the sci-fi romp Halo 3 two months earlier.

It was clearly a market that wanted something before it knew what ‘it’ was. MW1 was both a crazy power fantasy willed into existence to satiate public opinion on two Middle East conflicts that had outlived their welcome, but also a brutal critique on the nature of said conflicts and the forces that conducted them. The new Modern Warfare continues the former thread, but never follows through on the latter.

While MW1 had major set pieces take place on highways, dusty streets, and palaces (all iconic imagery of both invasions in Iraq and Afghanistan), the new Modern Warfare tries to echo more recent events with levels set in urban areas as a first responder, suburban anti-terror operations, and protecting an embassy from waves of enemies.

It feels odd to play some of these missions as the game is obviously making references to certain real-world events (anyone who says that “The Embassy” mission is not a reference to Benghazi is just wrong, plain and simple) because when someone says “terrorist”, these are the first things that come to mind; atrocities and rabid hordes.

But this isn’t new. The Modern Warfare series has always used real life events to influence its campaign. After Somali pirates infamously took control of the Maersk Alabama freighter ship in mid 2009, the next modern CoD game, Modern Warfare 3, had a level set in a shipyard in Somalia.

MW1 had its Middle Eastern sections set in a nameless region, but by the time MW2 and MW3 rolled around they were much more upfront with their locations, with Afghanistan getting prominent billing as the first location of MW2. The new Modern Warfare creates a fictitious country to set part of its conflict in, Urzikstan (cos if its got a ‘Stan at the end it must be full of terrorists, right?) with the characters speaking Arabic, just to fill in another stereotype (and not say any of the other languages spoken in the bordering countries of Georgia, Russia, or Turkey).

We sadly don’t get much information on Urzikstan during the campaign. It is the background to a three-way war between Russia, freedom fighters (backed by the USA) and a terrorist group, Al-Qatala. It would have been interesting to see what the battle in Urzikstan was about, and what each group was fighting over.

The whole game is like this, no narrative fluff to give flavour or even context, it is just a succession of scenes ripped from the headlines. An action game like this can get away with exposition in the form of mission briefings, but here “show don’t tell” has been skewed so much that we aren’t shown why we are fighting, just that we are.

I only learnt that the Russians invaded Urzikstan to stop terrorists heading into Russia from a loading screen. It would have been good to know that before the game dropped me into a firefight and told me to shoot all the Russians on sight.

The invasion plot gets even more ridiculous when it turns out the Russian leader, General Barkov, has apparently got so much influence over the Russian Government that they simultaneously endorse his actions and believe he has gone rogue. It’s another reductionist quality brought over from the original game, “These are ultra-nationalists, not like regular Russians. These are only the bad ones.”

At least the game deals with its Arabic characters better (relatively speaking). There is a split between the freedom fighters and the terrorist organisation Al-Qatala. It’s better that having all enemies as the monolithic Arab ‘other’, dressed in identikit robes and turbans that MW1 ignited. But again, we have no reason other than a short freeform poem read by bad guy “The Wolf” at the beginning of the game telling us what Al-Qatala’s aims are. It is mentioned during “The Embassy” that Al-Qatala was once supported by the West, but it is never addressed again in-game.

On the freedom fighters side, having their leader be a kickass woman was a charming turn. Come to think of it, a lot of the characters are rather refreshing. The main British character, Kyle Garrick (who is revealed to be fan favourite character Gaz at the end of the game) is Black British, which adds a nice bit of diversity to the series and the industry (I can think of only one other Black British character in gaming, that being Dudley in the Street Fighter series).

The main American character, CIA operative “Alex”, (his name is always in quotations, which is cute) has some good conversations with rebel leader Farah, giving them a few more shades that just “Gruff Military Type #147” and “Silent Female Warrior #12”. For a moment I thought we were about to get a “ships in the night” romance from the two, considering all the longing looks and shy smiles that they share in later scenes. Their relationship is natural and isn’t rushed, feeling like the two have actually started to care for each other away from the battlefield (I never thought I would find and praise a display of mutual sexual tension and chemistry in a CoD game!).

Series icon Captain Price has a nice showing of softer tones when coaching Garrick, with Barry Sloane doing a fantastic job of replicating the iconic Billy Murray voice from the original game while putting his own spin on the character.

But apart from these isolated scenes, most of the rest of the game veers from scene to scene trying to outdo itself on shock value. The opening warning labels of CoD have almost become a staple of the series in of itself. Ever since MW2 let you shoot up an airport, the series has been trying to make a level that is guaranteed to send tabloids into apoplectic rage.

In the new Modern Warfare we have terror attacks in Piccadilly Circus, chemical warfare, child soldiers, a waterboarding mini-game, and play Russian Roulette as part of an interrogation. Another part that ticked me off were the American Marines cheering and oo-rahing like a bunch of drunken fratboys as they gun down and blow up bad guys, without a hint of self-awareness.

MW1 had some, shall we say, morally questionable scenes. One that sticks with me has secondary villain, Khaled Al-Asad, tied to a chair as Captain Price beats him to a pulp. However, one dramatic scene that is remembered from the original game is a nuclear weapon going off and killing the playable character. It was shocking, but didn’t feel as uncomfortable as threatening a man’s unarmed wife and son with a loaded pistol, something which I did during the campaign of the new title. You are able to skip the torture in one scene, but all it does is fade to black and skips to the next part.

And yet the game seems to just brush it off without lingering. In the original Modern Warfare the SAS toughs are seen as violent thugs, ready to throw allies off cliff edges and repeatedly stab enemies in an act of mutilation. In the new story, they still have that ruthless streak but it is moralised in dialogue by them saying that the world needs people morally questionable people to act. It feels even weirder when I realised that we weren’t playing as a squad of SAS or US Marines, but just a ragtag collection of shooters. Captain Price is seemingly known throughout the military world and can be called by a CIA handler to help kill some terrorists on his off days.

Part of the reason Call of Duty gained prominence when it first came out was that the player was part of a squad and wasn’t a one-man-army. In the new Modern Warfare quite a few of the missions feel like we are fighting entire battalions by ourselves.

The game pulls me in two different directions. It looks beautiful, sounds great, is responsive, and the acting is phenomenal, but nearly everything that is wrapped around the game puts me off. And while it seems to want to be taken seriously, it starts throwing out memes and references to the original such as reusing the iconic lines, “check your corners,” and “your fruit-killing skills are remarkable”. The references weren’t even in the lighter scenes, thrown in the middle of a terrorist event and stealth mission as a nudge and a wink.

Even still, I am excited by the return to the modern day. I enjoyed the original Modern Warfare Trilogy and enjoyed the Medal of Honor reboot that was set during the 2001 Afghanistan invasion.

I want to see where the series goes after this, but this time it just wasn’t my type.